Even a global pandemic can’t stop our youth parliamentarians from advocating for what they believe in.

From 20 – 23 September, over 100 passionate young people debated issues that impact them and their communities during the 35th YMCA Victoria Youth Parliament sitting week.

Run by the Y, the program gives young people an opportunity to be heard at the highest levels of government. Teams spend months developing a bill on a topic they’re passionate about. The bills that pass during the week are then given to the Victorian Government for consideration.

This year, 20 teams from all over Victoria took part in the program. The bills they developed ranged from Compulsory First Nations Education in Schools, to Raising the Age of Criminal Responsibility. This was the first year debates were online, and the second year in a row the program ran virtually.

Every single team brought fervor and respect to the debates, which were presided by various Members of Parliament from a wide range of political parties, including Ali Cupper, Cindy McLeish, Sheena Watt, Danny O’Brien and Andy Meddick.

Overall, 18 out of the 20 bills presented passed. The bills were given the assent of the Youth Governor of Victoria, Georgia Mackenzie, who then passed them on to the Minister for Youth, Ros Spence to share with the Victorian Parliament.

One of the many bills that passed was Deaf Victoria’s bill on implementing Auslan as a mandatory LOTE subject in schools. Sam Hibbins, Greens MP for Youth and Education, was so impressed by the bill he promised to personally pass it on to the Minister for Education, James Merlino for consideration.

The YMCA Youth Press Gallery runs concurrently to the program, and this year the team of aspiring journalists published articles in The Standard, Star Observer and local news outlet Star Weekly in print and digital formats.

“This year’s program was a monumental success, driven by the commitment and perseverance of young people,” said Kergen.

“I look forward to the next generation of young people leading the way to connect, collaborate and empower, and the Y to continue providing that space for novel successes.”

Pivoting from an in person to an online program is no easy feat, but both the taskforce and participants took it in their stride and made the most out of the program. Those who were involved in previous years said this year’s online program evoked the same feelings they usually experience in person.

A common assumption is that community can only be forged in-person. However, this year our young volunteers came together to connect meaningful youth voice to state legislature during a pandemic, and created a vibrant, diverse and strong community along the way. Kergen Angel

We hope that next year’s program can be delivered in person, however the YMCA Victoria Youth Parliament team have proven that no matter what challenge comes their way, they’ll deliver an outstanding program no matter what. 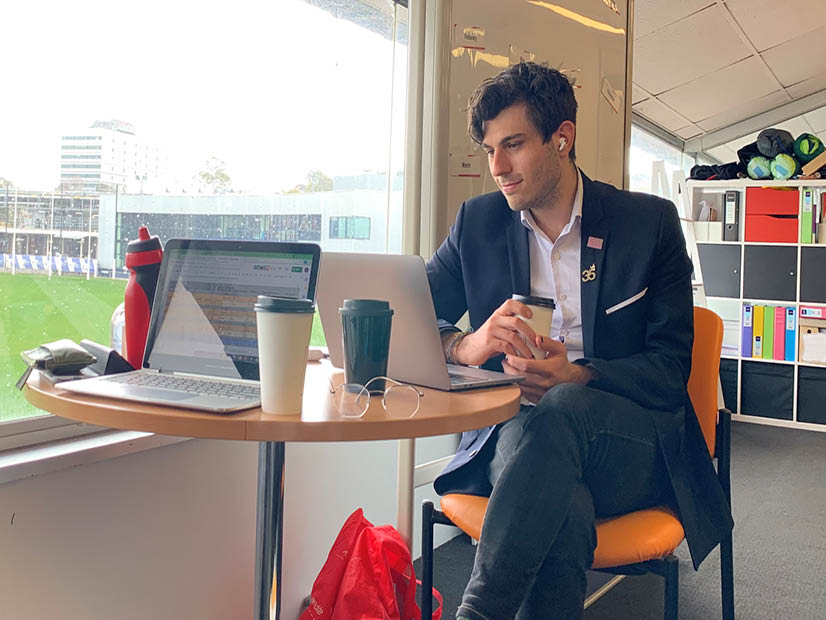 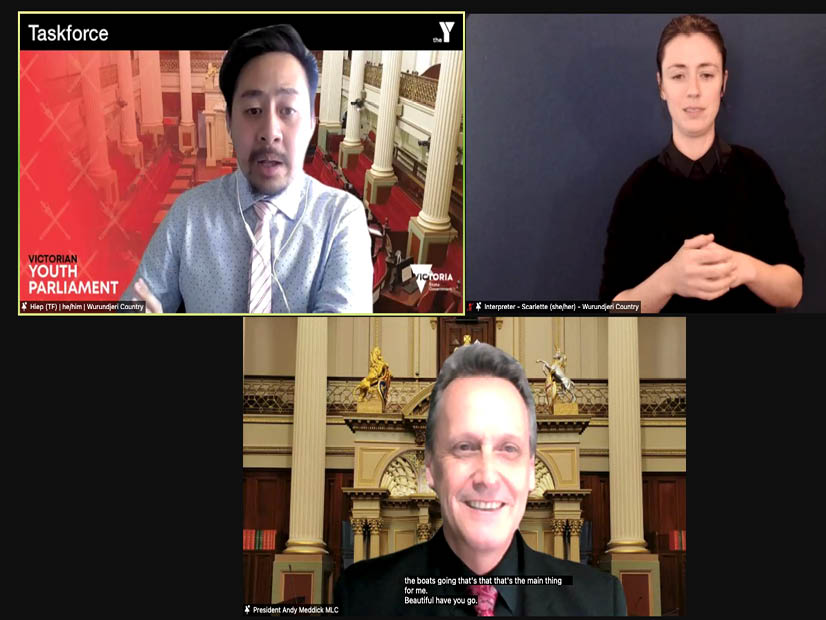 Andy Meddick MP presiding over a debate in the Legislative Council.

A youth parliamentarian speaking in the Legislative Assembly with The Hon. Tim Bull MP presiding.

The Legislative Council voting to pass a bill.